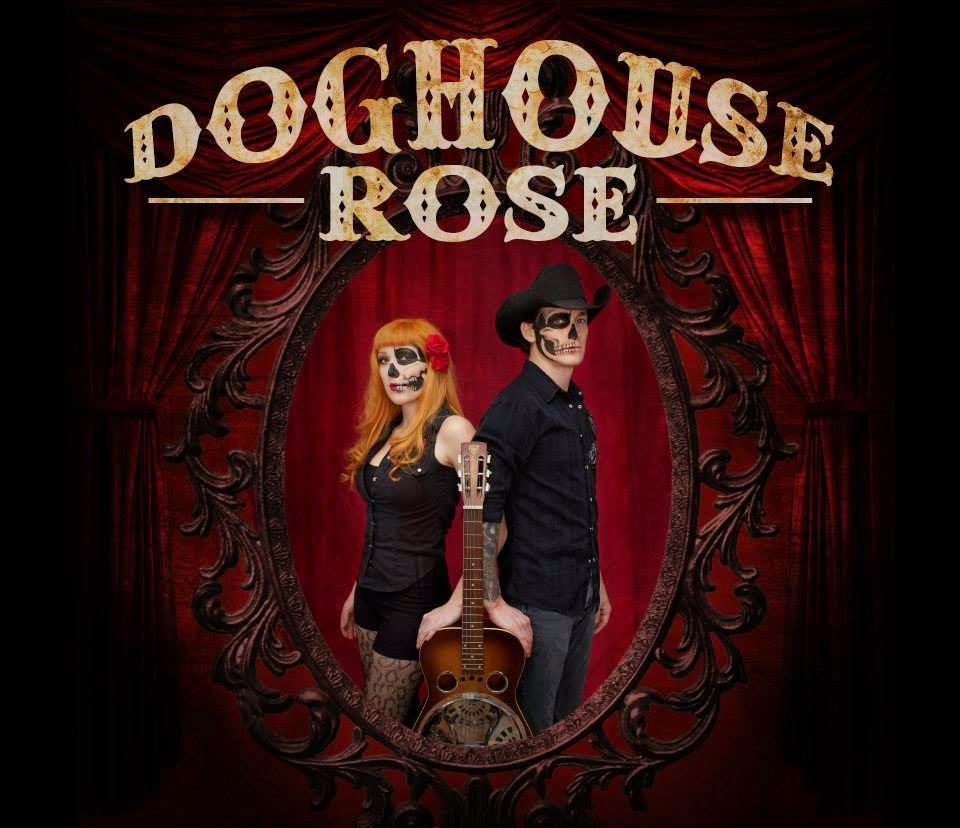 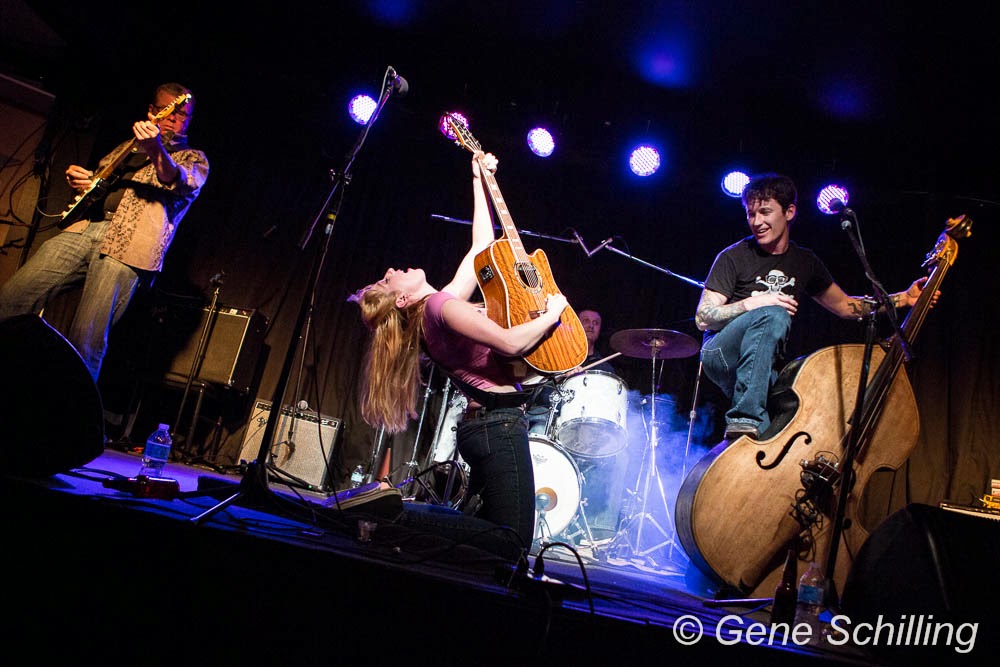 I have to admit I'm not a fan of country music,the closes I get is rockabilly that leans towards country and cow punk. That said Doghouse are one country band that is surprisingly diverse and killer live too boot.Playing a brand of rebel country they have managed to attract a large following that consist of rockabillies,psychos, punks,hardcore country fans and people of all ages.Part of the reason for their appeal is due to the founding members Sarah Beth who kicked around the Toronto rock scene for a few years    and was the front person for the under rated psychobilly band Drive-in Massacre. Jefferson Sheppard  on the other hand is one of Canada's best bass slappers and was a pivotal member in The Matadors and Trole.
For a few a years the band went under the name " Sarah and Jeff " and released 3 ep's,all of which where well  received.In 2013 this hard working outfit changed their name to Doghouse Rose.For fans, an album has been long overdue .Well the wait is over ,this self titled album is sure to please anyone who is familiar with the band.We get 12 strong tracks of "rebel country" that really deliver the goods.This may be country but it is much more with shades of rockabilly ,blues ,a punk attitude and at times some kool pop sensibility . Highlights include: "No Mercy","Hellbound","Keys To My Heart" and "S.O.B.".

If you like your country music  shakin' up a bit  this puppy is for and if your not into country this is diffidently worth the gamble.This is not cookie cutter country,it's fun, diverse and very likeable even if you don't like country.Recommended   http://www.doghouserose.com/    https://www.facebook.com/doghouserose
Posted by Slams Reviews 2 at 07:56