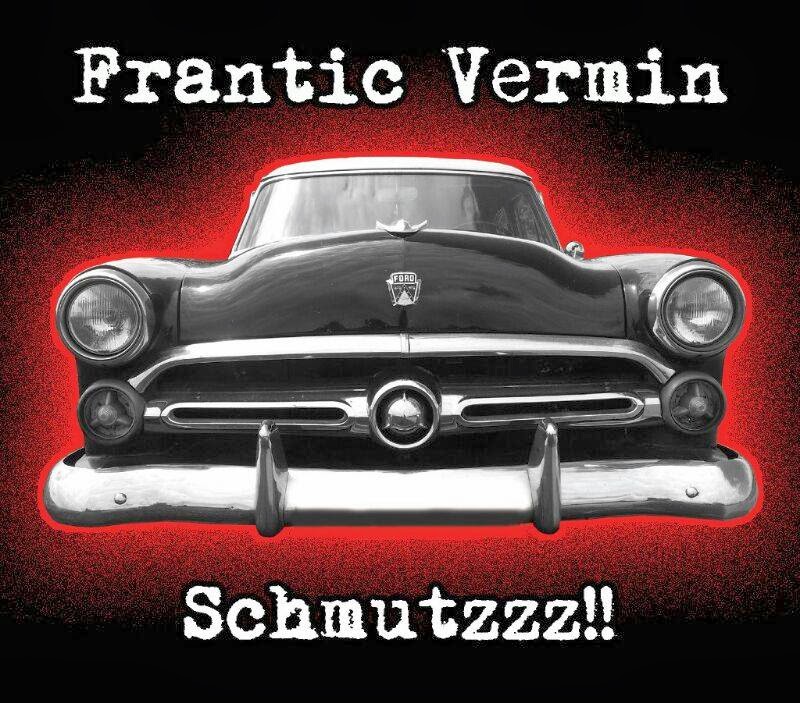 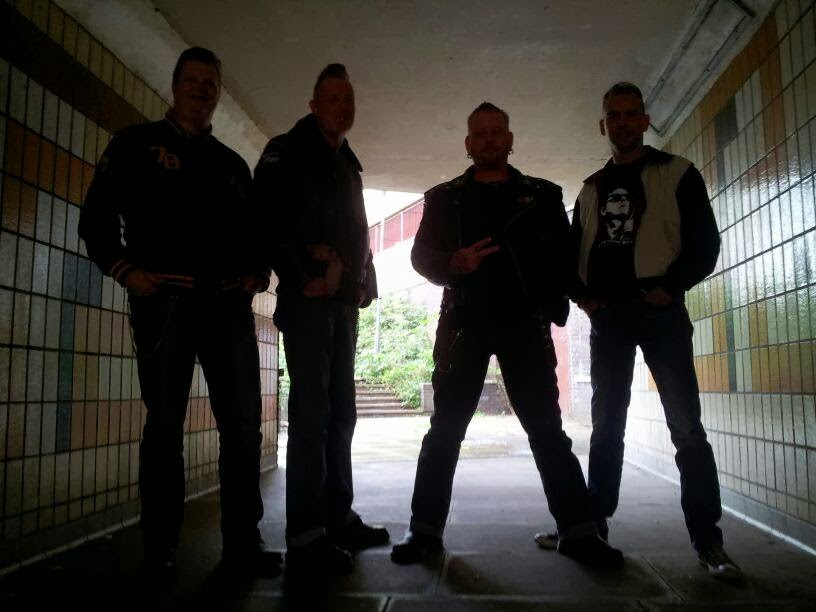 You really couldn't blame  longtime psycho's and rockabilly types for feeling a bit of deja vu  these days. Hell more than a few 80's billy bands have reformed over the last couple of years.Thank God the results have actually been pretty good so far .So now comes the dutch  psycho's  Frantic Vermin  who made a solid name for themselves in the mid 80's (they started out as a rockabilly band in 82) and by 1988 these kats had packed it in.In 2009 the outfit  put itself back on the active roster and despite a major setback this band has really has come on strong.Their 2011 demo was pretty  impressive and was also well received ,so the path was laid down for an actual debut album  and now it's finally here. The result is  "Schmutzzz!!"and this puppy kicks some major butt. We get all 5 songs from their demo plus 7 new  tracks that have enough to please both psychos and rockabilly kats.This has a great balance of old school psychobilly and rockabilly that sounds pretty damn fresh.Highlights include: "When You Wanna Go", " At Night", "Spies In Disguise" and "Girls On The Deathrow".

Frantic Vermin  are on top of their game here and  Schmutzzz!!  proves that.This is one surprisingly good and very strong album.Recommended !  http://franticvermin.com/   https://www.facebook.com/frantic.vermin.3
Posted by Slams Reviews 2 at 07:08