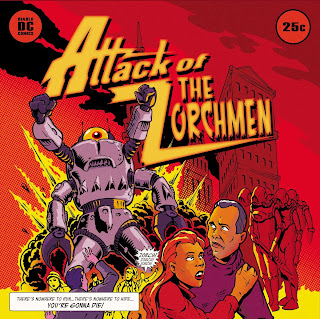 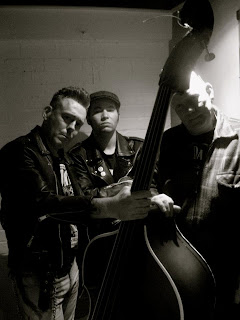 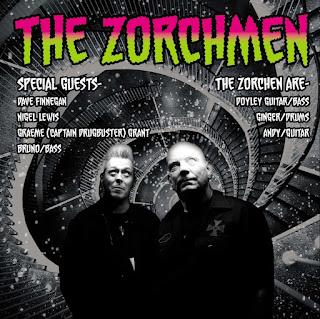 Mention the name The Zorchmen to anyone who really is into psychobilly and chances are they will not only  know the name but also they're response will be of praise.After all this back up band consisting of  Doyley, Ginger Meadham and Andi Kandil shouts psychobilly. Too many people they are the flag bearers of old school psychobilly.After backing Nigel Lewis, Dave Finnegan, and  Captain Drugbuster in the past these psychos have  now decided to let loose  their own  debut album  on an unsuspecting world.
"Attack of the Zorchmen" comes at you with 13 tracks of original  killer psychobilly that are sure to cure your ills.This is old school psychobilly first and foremost that's done extremely well.We also get some tinges of twang and surf in the mix as well as some  sci-fi action too boot.Highlights include: "Jungle Fever", "Reloaded","Billysville" and "Operation Timebomb". All 3 front men they have worked with make appearances here but it is The Zorchmen who shine here.What we have here is a band that is throwing down it's hand and it's damn good.Highly recommended!  https://www.facebook.com/thezorchmen?fref=ts   http://www.camdenarch.co.uk/index.html
Posted by Slams Reviews 2 at 13:07

Email ThisBlogThis!Share to TwitterShare to FacebookShare to Pinterest
Labels: The Zorchmen - Attack of the Zorchmen 2013 psychobilly punk rockabilly UK