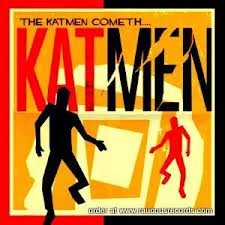 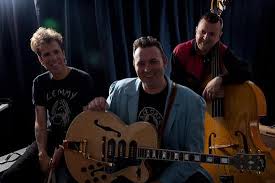 When Slim Jim Phantom and  Darrel Higham got together back in 2007 it was big news and the resulting album "Kat Men" was damn impressive.After some success this side project was put on the shelf due to some major commitments.Now in  2013 the boys are back and they have added bassist Al Gare (very underrated by the way) to put more traction into the mix.The result is "The Kat Men Cometh" and yes it was worth the wait.Coming in with 14 tracks of  mainly fresh modern rockabilly this is one album that definitely will please.We get a great mix of some covers and originals that are fueled by  blues,country and rock n roll  that all meld into some kool rockabilly.
Highlights include: "When The Drinks Dried Up", "You Can Go Now","We Need Elvis Back" and a kool cover of "Over Under Sideways Down". The Kat Men Cometh is a vibrate,strong and well rounded album that hits all the right notes.Hopefully Kat Men will not remain a side project.Recommended!   https://www.facebook.com/THEKATMEN  http://www.katmen.co.uk/