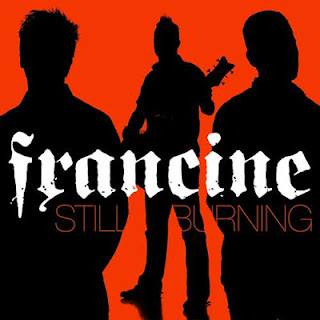 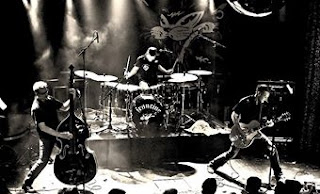 Francine have never been afraid to mix things up.Hell  back in 1987 this was basically a rockabilly outfit   and over the years ,depending how you look at it they became  psychobilly  or punkabilly and are now  a kool rock band.That's right I said Francine was a  rock band and a good one at that.Which brings us to their 10th studio album (I think) "Still Burning" and let's just say this puppy has swagger.Punching in with 12 tracks that for the most part rock hard and fast .Musically this burns from hard-rock to a little punkabilly and even ska. Highlights include: "Time to Go", "Kill Me", "Highway " and a kool cover of " Come On, Let's Go".
Is this the band's best probably not but "Still Burning" is a pretty solid rock album that kicks serious ass.Francine is one band that plays by their own rules and they still can surprise.You gotta like that .You may want to check it out.    https://www.facebook.com/francineofficial     http://www.francine.st/etusivu
Posted by Slams Reviews 2 at 16:03