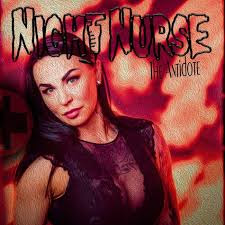 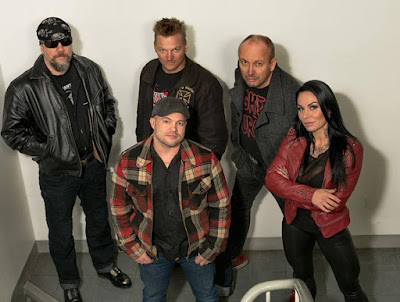 Love them or not, psychobilly cats Night Nurse are a band that has constantly gotten better with every release .Their S/T debut back in 2014  put them on the map and they followed it up with the stout ep  "First Aid"in 2015.Then they really step it up with the kool "Nurse U 2 Death " ep in 2017. Not  standing still they put themselves out there with a  smokin' cover of "Hot  Stuff" late last year.Don't kid yourself ,that was a pretty ballsy move.Disco infused psychobilly is a  risky venture and only  confident and damn good bands  can pull it off. That said one may be hard pressed to guess what  musical direction  Night Nurse is headed .Well their latest offering "The Antidote" lays down the cards hard and is easily their best release so far.This puppy smashes in with 11 original tracks and is damn killer.From straight up psychobilly to punk, hardrock, a little ska and some more  disco infusion .Hell they also throw in a slow burner and all 3 tracks  from the "Nurse U 2 Death " ep.In other words they really mix it up big.Highlights include: "Tell Me How", "Ding A Ling", "Self Esteem" and "Baby Blue".

Night Nurse is flexing their muscles with " The Antidote" and as a result this is a flat out winner.It may not be everyone's cup of tea but it's one you should take a shot of. Highly recommended!
http://www.nightnurse.fi/
https://www.facebook.com/nightnursepage/