The Reverb Syndicate - The Last Of The V8 Interceptors 2018 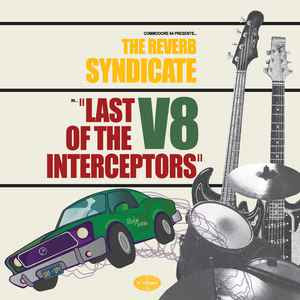 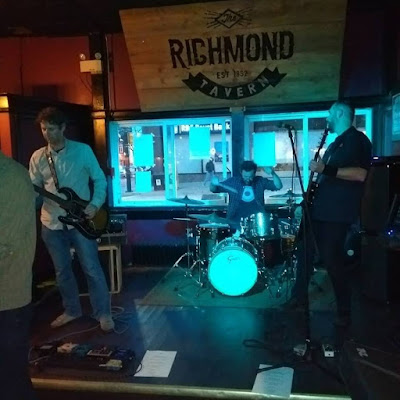 Over the years The Reverb Syndicate has laid down a whack of top shelf surf rock.Hell with 4 killer albums under their belts they are one of Canada's best surf bands.Their brand of surf  is  catchy and impressive.From traditional to, spy and spaghetti to sci fi  surf they have mixed it up and  stayed surprisingly fresh.Now there back as a 3 piece and have dropped their 5th album; "The Last Of The V8 Interceptors" .This time out we get 11 originals of surf drenched in reverb and twang.In the past the band's albums all have had themes and this time out I'm guessing it's about fast cars. It also has some of the band's hardest tracks to date.For the most part it's also straight up surfrock and damn good.Highlights include: "Motorik", "Sigue Sigue Stingray", "Clubfoot The Avenger" and the Mad Max  inspired "The Last Of The V8 Interceptors"
The Reverb Syndicate  seem to get better with every release and " The Last Of The V8 Interceptors" is arguably their best yet and that's saying something. Once again  they deliver the goods but if you know anything about these guys ,you expect that.This is one damn sweet and satisfying surf album.Highly recommended!
https://www.facebook.com/TheReverbSyndicate/   http://www.thereverbsyndicate.ca/
Posted by Slams Reviews 2 at 13:18