The Black Frame Spectacle - Kick It Around 2018 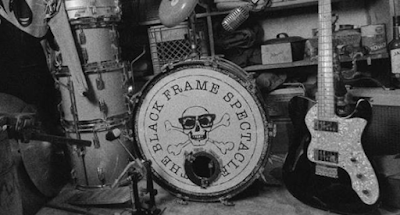 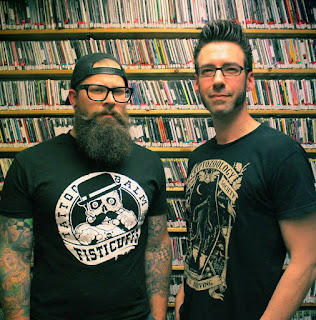 The Black Frame Spectacle always give it their all.Hell they make killer records and when it comes to playing live,lets just say very few bands want to go on after them. Funny thing thou they sure take their time when it comes to releasing new music but boy it's always worth the wait.It's been three years since  their last release, a self titled ep. Now they are back and better than ever. Their latest  effort, " Kick It Around" cranks it up and brings on enough intensity to fuel a city. This puppy smashes the clock  with 11 original tracks that mix punkabilly ,hard rock,rocknroll  and shades of rockabilly into a  kool thrill ride.For the most part this has the pedal to the metal but they ease it back on a couple of tracks.Highlights include "The Legend Of Big Dumb Steve","Hard To Believe", "There Be Trolls","Back To The Blues" and "Kick It Around"


The Black Frame Spectacle are a band you should definitely get familiar with and " Kick It Around" is a good starting point. This is one damn stout outfit that rocks!  Highly recommended!!
https://www.facebook.com/the-black-frame-spectacle-288510844804/    http://www.theblackframespectacle.com/
Posted by Slams Reviews 2 at 06:28