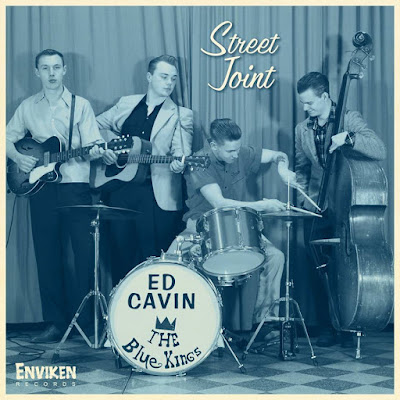 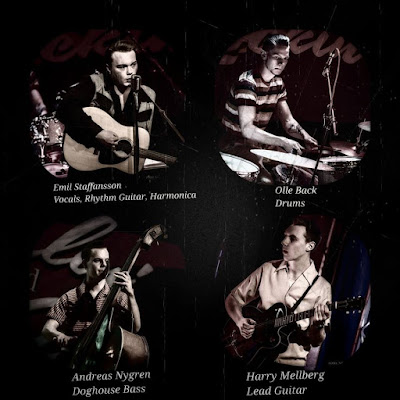 Back in early 2016,the Swedish rockabilly young guns known as  Ed Cavin & The Blue Kings released a  cover version of  "Love Me" and suddenly these cats found themselves in demand.As a result they were quickly signed to the kool label, Enviken Records .In 2017 they struck again with the single,"Don't Be Like That". Once again the buzz about these cats was pretty big and they managed to garner international airplay.Now the band is back with their stout debut album "Street Joint" and this puppy more than lives up to the buzz about them. Strutin' in with 16 tracks of some pretty sweet rockabilly and real rock n rock.We get a mix of straight up rockers to boppers and even a couple of slow burners.The covers are all strong but it's some of the originals that really shine here.It's a damn solid ride that will color you impressed.Highlights include: "Street Joint", "Don't Be Like That", "Jiggle Wiggle Walkin' Baby" and a cover of " Brush Pile Burn".


Ed Cavin & The Blue Kings  really deliver the goods with " Street Joint". This is one kool slab of rockabilly that leaves you wanting more You can't go wrong here,it's that good.Highly recommended !!
https://www.facebook.com/edcavinbluekings/
Posted by Slams Reviews 2 at 17:03