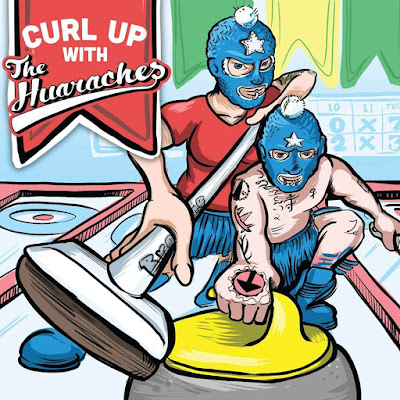 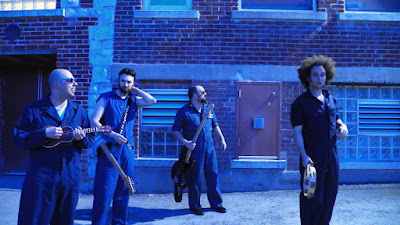 One of Canada's finest surf bands, The Huaraches are about to throw you a slick and kool curveball. After two quick and  killer albums back in 2013 and 2014, the band is now back with"Curl Up With The Huaraches", their 3rd and best album yet.This time out, they once again elevate their game and veer off into somewhat uncharted territory.We get 11 original tracks that range from a little traditional surf to surfpunk and straight up  psychedelic.Hell we even get a 50's inspire instro burner that kills it.Into the mix they throw in some trumpet,sax,lapsteel and a whack of keys.This is dangerous and fun surf that will color you impressed.Highlights include: Three Up, Three Down,"Wolfe Island Make Out Beach", "Breakfast Of Challengers" and "It's Called A Cave Stomp".


The Huaraches are  evolving  and getting stronger with time. "Curl Up With The Huaraches" is proof of that.This is modern surf that takes a backseat to no one. Highly recommended!
https://www.facebook.com/thehuaraches/     http://thehuaraches.com/