The House Of Haunt - Habeas Corpses 2017 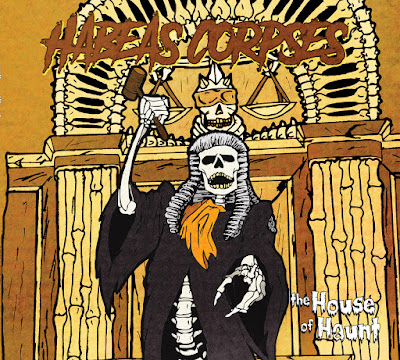 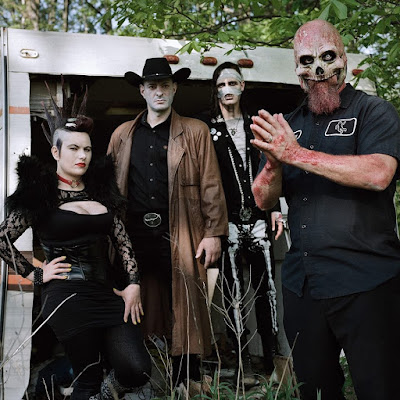 Over the last few years Toronto's psychos,House Of Haunt have earned a rep as a fun and very entertaining  live act.They also have upped their game with each release.This past year saw the band lose their keyboard player.Not standing still they went out and got themselves a guitar slinger. As a result, the band has a more beefier and rockin' attack. Their latest offering "Habeas Corpses"  backs that up.Clocking in with an opening statement followed by 8 tracks of psychobilly, then a closing sentencing (there is also 5 bonus live tracks too boot).Four of the tracks are older but have been rerecorded here and the other 4 are new . There is still some keyboard action but it no longer drives their sound.With the addition of the second guitar the band comes off tougher and better.  Overall it's a stout outing that has the band sounding better than ever. Highlights include:"Congo Cannibals", "Undead Man Walking", "The Hanged Man" and the kool  poppy inspired "Rum From The Black Lagoon".
The House of Haunt are in transition on " Habeas Corpse.It's well balanced with the new tracks  highlighting the album.These cats  are open for business and they just got a little meaner. Recommended!
https://www.facebook.com/The-House-of-Haunt-235873429828385/?ref=br_rs    http://www.thehouseofhaunt.com/
Posted by Slams Reviews 2 at 06:40