Ghoultown - Ghost Of The Southern Son 2017 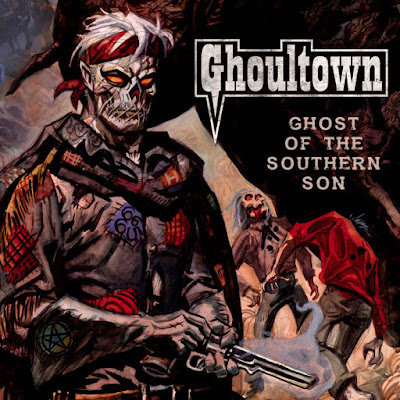 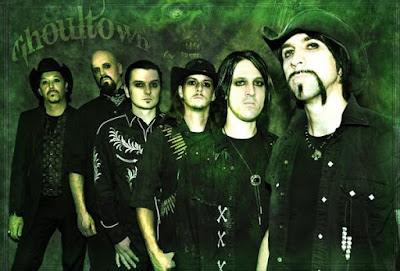 Funny thing about Ghoultown is that some of the nicest people I know really dig them and a lot of people you think wouldn't even know who they are also like them.But then again it should come as a surprise since their tales of western madness, mayhem and horror pretty much blur and destroy genre lines in a big way.Hell ask 10 folks what  the Ghoultown sound is and you'll probably get 10 diffident responses.From gothabilly, outlaw country to southern rock ,psychobilly,metal and more. These cats are very  unique and also damn good.The band' last album of new material, "Life After Sundown" was way back in 2008.After that there was a single(2008), an ep(2009) and a rarity album(2012) .Fans of the band have been itching  for their return and now they have in a big way. That said the band's new album "Ghost Of The Southern Son" (their 5th studio album) is one very impressive outing that brings it on.We get 13  tracks that for the most part are  hard rockin', way kool spaghetti western mayhem with that trumpet. There is no rust here and  Ghoultown are in fine form here.With the exception of one ballad , this puppy  moves and groves along pretty good.  Highlights include: " Ghost Of The Southern Son" ," Blood,Bullets and Whiskey", "I Am The Night" and the sweet and killer "Cuchillo".

One has to be impressed by "Ghost Of The Southern Son",it's a  damn  stout comeback album and also one of their best.This puppy grabs you by the scuff of your neck and then stares you down.Recommended!!!
http://www.ghoultown.com/      https://www.facebook.com/Ghoultown.official
Posted by Slams Reviews 2 at 12:33