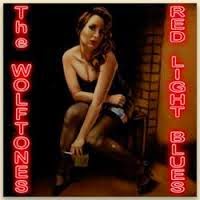 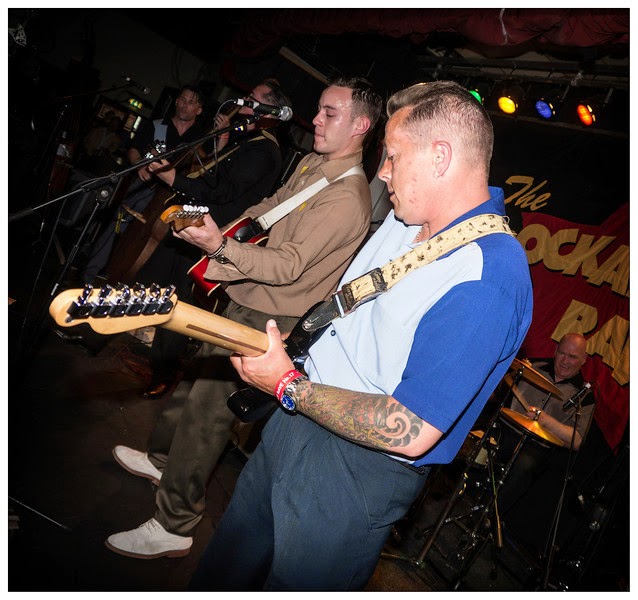 Over the years there have been plenty of bands that have dabbled in  rockabilly-blues and some  have  made careers out of it .Hell  a lot of  the  rockabilly blues that is out there is pretty damn good .Which brings us to the English  upstarts, The Wolftones.The buzz and real word of mouth about these kats is pretty impressive .Self described as a Neo-Rockin-A-Billy-Blues band they are known for their distinct and kinetic sound. One reason for that is due to the band's use of the harmonica,it's part of their sound and up front  not a throw in here or there. The band's debut album,fittingly is called "Neo-Rockin-A-Billy-Blues" was nothing short of killer.So you just know the pressure has been on to deliver a damn strong sophomore album . Well  "Red Light Blues" is now here and the bar for rockabilly-blues has just been raised.From start to finish we get 12 original tracks that snarl ,bark, bite and don't back down.These dudes aren't throwing their punches here, this is stronger,more consistent  and better then their debut.Highlights include "Red Light Blues"," Shot Down"," No Matter" and "Sold My Soul".
The Wolftones sound like their on a mission here and " Red Light Blues" will light a fire under under anyone's ass .It's that good ! Highly recommended!!  https://www.facebook.com/pages/The-Wolftones-UK/274316179290953