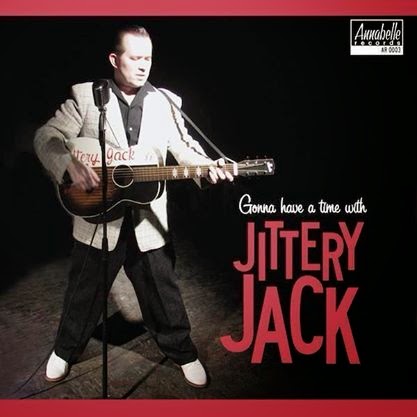 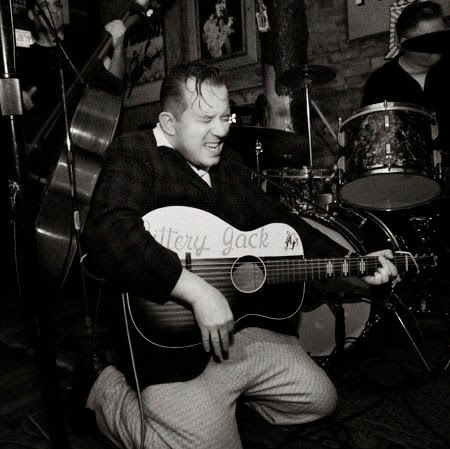 Jittery Jack has always delivered the goods so to speak .From his days with The Raging Teens to his solo career he (and bandmates) has always produced damn  fine and solid rockabilly/ rock n roll.It also may be hard for some to believe that Jittery  has only released   one mini album (self titled)  and the full length album "Gone Plum Crazy" as a solo artist so far.Well he's back now with a real kool disc entitled " Gonna Have A Time With  Jittery Jack". This puppy strolls in with a mix of 8 originals and 5 covers for your listening,dinning and dancing pleasure.It's just what you would expect from Jittery Jack and his killer band.We get 50's inspired rock n roll,rockabilly and a little hillbilly.  Highlights include: "Gonna Have A Time"," Peek-A-Boo Honey","Let's Get Loose" and the stellar "Something Wicked This Way Comes".

Let's make this easy: you should have "Gonna Have A Time With...."  in your collection. From start to finish this is one album that is simply top shelve! Highly recommended! https://www.facebook.com/pages/Jittery-Jack/123690897657839?sk=timeline
Posted by Slams Reviews 2 at 22:09