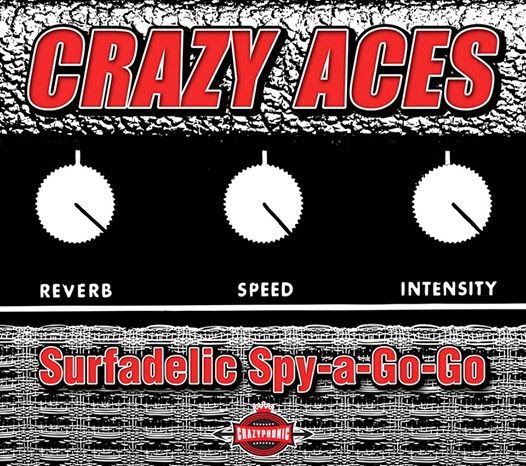 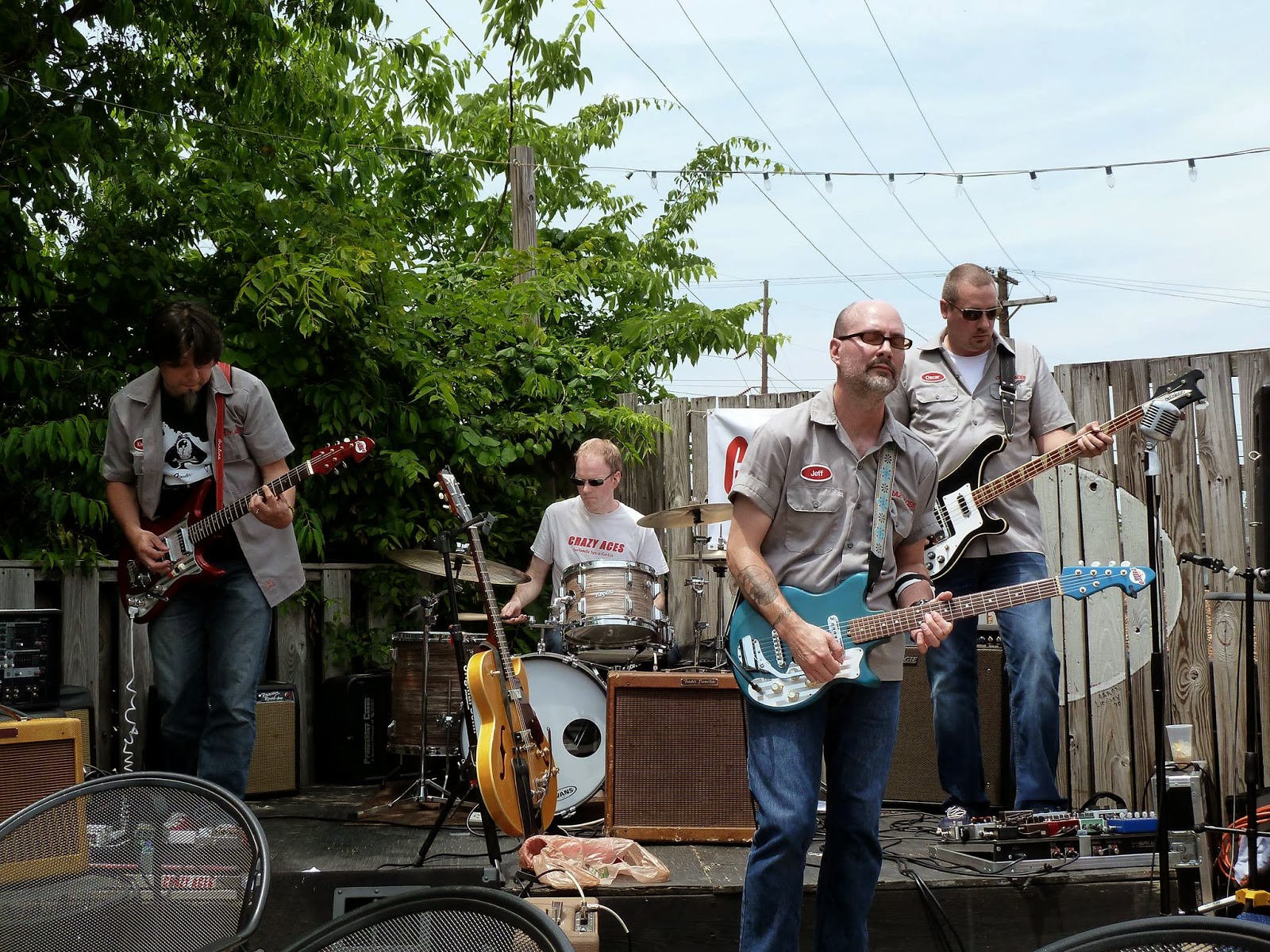 You could say that back in 2012 Nashville's  Crazy Aces  stunned the surf scene with their remarkable debut album "Greatest Hits Volume 2". Here was a surf band that kinda came out of nowhere and basically delivered a knock out blow.These kats sounded like seasoned pros having a blast,funny thing  is they are seasoned pros but not when it comes to surf music.The band's members are serious "stage and session players" and have worked for some big names .So the Crazy Aces are basically a fun band that really digs surf music  and just happen to be killer at it .All which brings us to the band's sophomore effort   "Surfadelic Spy-A-Go-Go" a splendid follow up to their debut  that shows these guys are for real and pretty damn good.This puppy rides the board  in with 11 original , kool and fun  tracks of surf that are hard to resist .
Like on their previous release  we get a mix bag of surf ranging from traditional to  spaghetti to spy all with a ton of reverb, tremolo and  twang.Highlights include: " Agent Yellow Jacket" ,"Temple of Cool" ," Thrown Away" and  "Big Dog".
The Crazy Aces   are one band that's fun ,have swagger and back it up. You don't have to be a fan of surf to like or get this,it's that good. Bottom line is that "Surfadelic Spy-A-Go-Go"  is one freakin' solid and killer album. Highly recommended!!   https://www.facebook.com/CrazyAcesMusic     http://www.reverbnation.com/crazyacesmusic
Posted by Slams Reviews 2 at 14:43