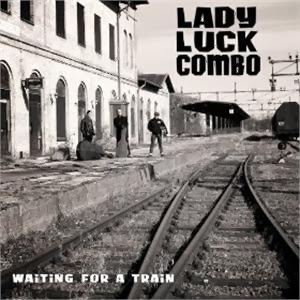 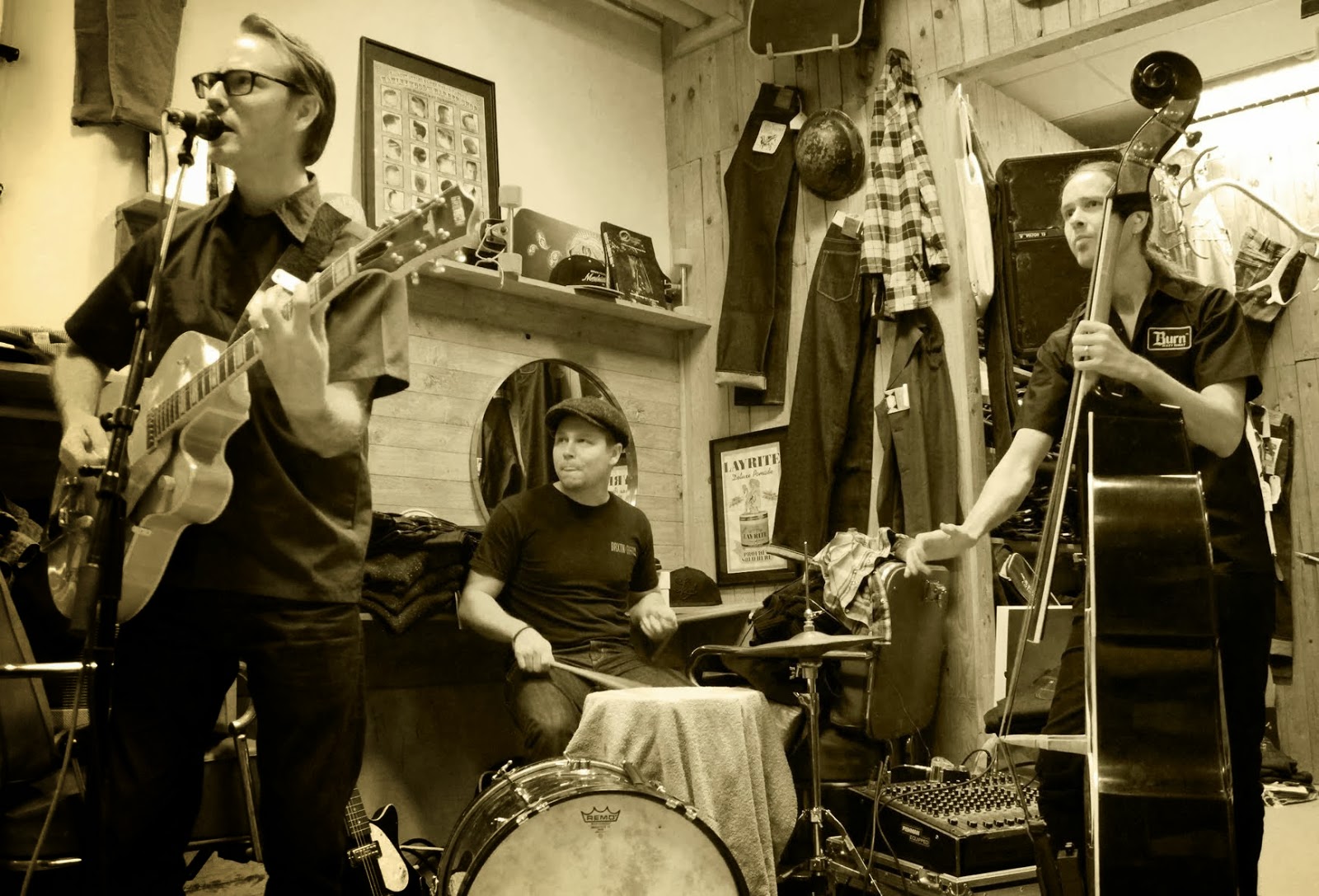 Lady Luck Combo have been kicking out some kool  rockabilly since 2009 but in the last couple of years they have become kinda Sweden's buzz band.Hell word of these kats has even reached this side of the pond  and it's all been positive.This is a group that has the ability to slip in and out of genres with ease and do it well. So when LLC signed with the Swedish label  HepTown Records no one was surprised.
With the release of their debut album "Waiting For A Train" the band more than backs up all  the hype about them.You could say this  is an album that delivers in spades.This puppy crashes in with 12 tracks( only one cover) that run the gamut from rockabilly,country to psychobilly, surf and rock n roll.There is something for everyone here. Highlights include: " Peggy Lee","Bad Boy Bop", "Rockabilly Reaper" and "Be-Bop-A-LuLu".
There really isn't a bad track to be found on "Waiting For A Train". This is one strong debut album that is  very satisfying and deserves to be heard . Lady Luck Combo are a band that really got their shit together.Color me impressed.Recommended!  http://www.ladyluckcombo.se/    https://www.facebook.com/LadyLuckCombo
Posted by Slams Reviews 2 at 08:00