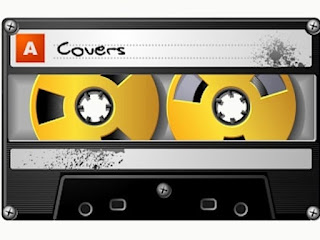 People love cover songs and bands for the most part like doing them.Rockabilly and psychobilly bands are no different .So here is a list of 10 non billy songs that  would make for kool covers.With time on your hands check these possible covers out

1. Far Side Of Crazy - Wall Of Voodoo
Tons of bands cover Mexican Radio but this one oozes psychobilly Appeared on the "Seven Days In Sammystown" album. The second lineup of Wall Of Voodoo featuring Andy Prieboy

Just a kool song from 1973, that was a minor hit in Canada  The Stampeders were a big deal here in Canada back when I was teenager .They had a string of hits with the biggest been Sweet City Women.

3. Looking For Lewis and Clark - The Long Ryders
Paisley Underground studs struck pay dirt with this classic back in 1985 .The only single off  "State Of Our Union".This one swings and bops damn good Don't know why it isn't covered It may be politico but it still rocks

4. Aloha Steve & Danno - Radio Birdman
Probably the most known track by one of Australia's  best bands.This cracker was released in 1978 as a single and also on  the "Radio Appears"  album.These cats have a whack of songs that deserve attention

5. Waitress In The Sky - The Replacements
Wild, uncontrollable and damn great.The Replacements were all that and more This track is kool, funny and got them into trouble.A lot of people  took to this song and still do for good reason. Off the 1985 "Tim" album

6. I Wanna Destroy You - The Soft Boys
A real gem off a killer album, "Underwater Moonlight" from 1980. It's a rocker that really isn't covered at all but  somehow is in a couple of  TV commercials. Go figure!

7. You Needs Ya'- Steppenwolf
Yha I know  Steppenwolf . Everybody knows Born To Be Wild  but this one is punk.From 1970 release Steppenwolf 7  These guys were better than you think  and why haven't any punk bands never mind billy bands covered it .

8. Heterosexual Man - The Odds
This puppy should have been been written by a billy band.Just check out the bass line.This would be great slappin'.The Odds hail from Canada and this sonic number managed to nearly crack the top 40 there in 1993 . From The album "Bedbugs" The  video features The Kids In The Hall.

9.Know Your Product - The Saints
Powerful stuff from another killer aussie band and it's still relative today. Released in 1978 on the "Eternally Yours" Album. It's got horns but still be a great billy cover

10. Sundown - Gordon Lightfoot
Again, I know but speed this puppy up a bit.Hell speed any Gordon Lightfoot and bam,watch out. This was a big hit for the Canadian Icon back in 1974.  Few rock bands take a chance on his tunes but the ones who do usually have a winner.
Posted by Slams Reviews 2 at 11:38

Email ThisBlogThis!Share to TwitterShare to FacebookShare to Pinterest
Labels: 10 Songs that should be covered by a rockabilly or psychobilly band, covers, psychobilly, Rockabilly, rocknroll