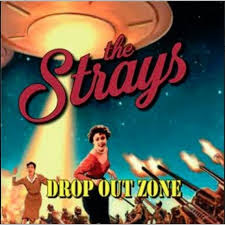 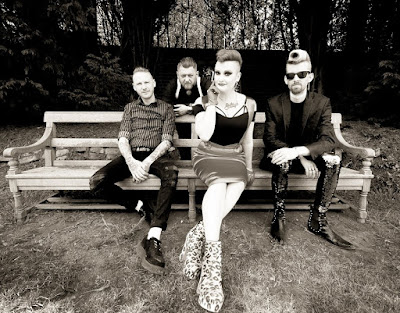 Since erupting onto the British rockin' scene back in 2017 The Strays have made a whack of noise.With 2 stout ep's under their belts and a rep as a killer live act ,you just got the feeling they are going places.While they signed up with Western Star Records and now their much anticipated debut album ; "Drop Out Zone"  as just landed and it is creating some major buzz. Rightfully so,this puppy struts and punches in with 13 killer originals of  fine rock n roll. Like in the past they throw in shades of rockabilly,psychobilly,rock n roll, pop and more into the mix.This is a band that is on a mission and isn't afraid too roll the dice.As a result this is one really damn fun ride.Highlights include: "Hey Little Lady", "Fives and Twos", "Drop Out Zone", "Break Me Down" and "Night Time Is The Right Time"

Flat out  "Drop Out Zone" is a winner.It's modern rock n roll that takes chances and delivers the goods.It's loud,fun, and confident.It's also one of the best rock n roll albums to hit the streets  this year. Highly recommended !!!
https://thestraysmusic.co.uk/
https://www.facebook.com/TheStraysLive/
Posted by Slams Reviews 2 at 08:57