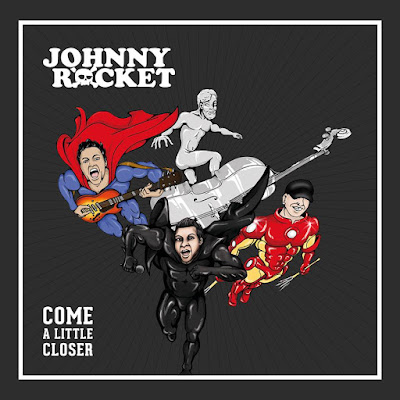 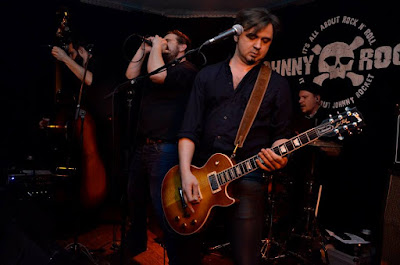 Nine  years ago,(back in 2010) punkabilly cats;Johnny Rocket released their second album "Dance Embargo".Since then ,over the years they have split up then reformed, shifted the gears and changed up the musical direction. Now the band's long awaited third album; "Come A Little Closer" has dropped and the results are,you could say are surprisingly damn good. First up this isn't a straight up punkabilly outfit that keeps it revved up like a rocket sled, instead they have developed and matured into more of a damn stout rock n roll band.This time out we get 11 originals and 2 covers that range from punkabilly,hard driving rock to the blues and a little shade of country.They ease the pedal up and down here and as result this is one refreshing and fun ride. In many ways it's a daring album and a kool change up that probably will piss off a few longtime  fans. Saying that, this arguably be their best album.Highlights include : "Yeah Yeah Yeah", "Save My Soul", "Boobs  N Beer", I Like You Baby" and "Beggin' For More".

Straight up, "Come A Little Closer" is a winner and is worth snagging up.It may have taken  Johnny Rocket   nine years to put this puppy out but it was and is well worth it. Highly recommended.
http://www.johnnyrocket.de/
https://www.facebook.com/johnnyrocketband/
Posted by Slams Reviews 2 at 08:14