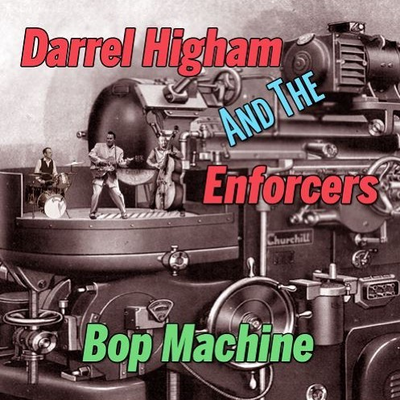 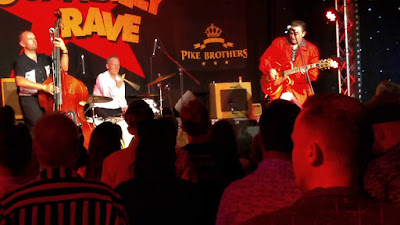 Darrel Higham needs no introduction , his rap sheet is just as impressive as it is long.Despite been one hell of a busy man .he always returns to the killer Darrel Higham and The Enforcers. It was 4 years ago (2015) since their last release and that was the  Rocky Burnette with Darrel Higham and The Enforcers; "Rockabilly Boogie" album.So it's been a long time coming for a new release and as always there is a whack of anticipation for any thing new from these cats.The band's 10th album "Bop Machine" has now dropped and to no surprise it's freakin sweet.Hell the 12 tracks here more than live up to the title of the disc.We get 7 originals and 5 covers of top shelf rockabilly/ rock n roll.From a mid tempo boppers to all out rockers this puppy moves and grooves with confidence. The standout track "Bop Machine",was released as a single by Darrel Higham with Scotty Baker last year on Foot Tapping Records .Other highlights include: "The Snake", "A Dark Sky","That's The Way" and "The Brain Freeze"

As usual Darrel Higham and The Enforcers have pulled off another winner with "Bop Machine".It's got a great balance of kool covers and even stronger originals.One could argue it's an embarrassment of riches .That's how good this really is,so what are you waiting for.High recommended!!!
https://www.facebook.com/Darrel-Higham-Music-1426875547608354/
https://darrelhigham.com/
Posted by Slams Reviews 2 at 07:05