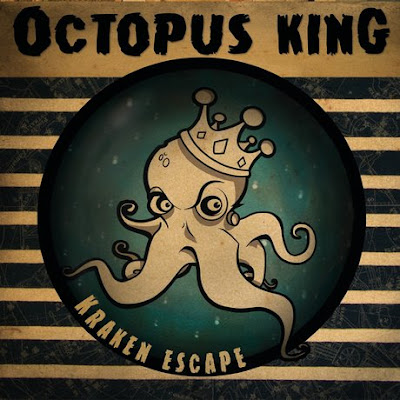 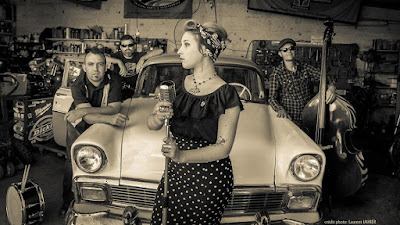 It's all about 100 percent Kraken Roll  and it's proprietors ,the Octopus King are bringing it on ,big time.Just recently  I caught wind of these cats that hail from the west of France and I\m glad I did and so should you.What they really throw down is a catchy mix of rockabilly,psychobilly and rock n roll.Their debut album " Kraken Escape" clocks in with 10 tracks of psychobilly/rockabilly that are not only kinetic but a blast of fun .They throw also in a couple of slower mid tempo tracks that will have you boppin'.As result this is a well balanced ride that has a great groove It's also never heavy handed and you gotta like that .Highlights include: "Dr. Jekyll", "Namor" , " Beer At Will" and " Keep On".


With "Kraken Escape";  Octopus King  have established themselves as a band to watch.This  is a more than solid debut that has not only alot  going on but also delivers the goods and leaves you wanting more.Recommended
https://www.facebook.com/Octopus-King-1703127153293751/
Posted by Slams Reviews 2 at 12:37