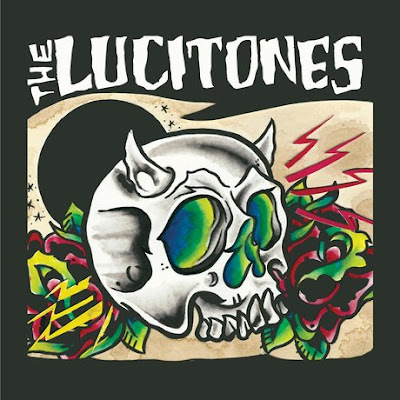 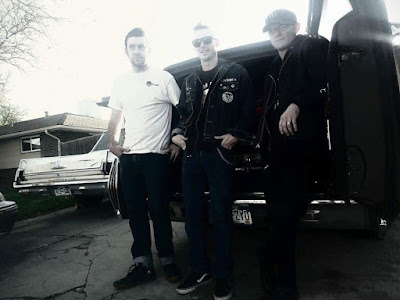 The Lucitones hail from the not so hotbed of psychobilly Flathead Valley,Montana.However for the last couple of years they have laided  down  a pile driver mix of psychobilly,rocknroll and punkabilly that has managed to net them a solid and growing  following.As a result they ran a successful  kickstarter campaign and signed a record deal with HairBall8 Records.Now the band's self titled debut has dropped and this puppy hits hard and delivers the goods.Coming in with 13 stout tracks that sit at the corner of psychobilly and punkabilly with a whack of rocknroll hanging around.It's all good and has a kool refreshing vibe. Highlights include: " Dark As Day", "Scurvy",  the instrumental "Bad Luck", "TV Guide For Life" and "Stalker In The Sky"

The Lucitones are a damn strong outfit that aren't your typical psychobilly/punkabilly band and this  self titled debut album proves that.You gotta check these cats out. Highly recommended.
https://www.facebook.com/thelucitones/
Posted by Slams Reviews 2 at 20:16