Emma and The Ragmen - In the Know 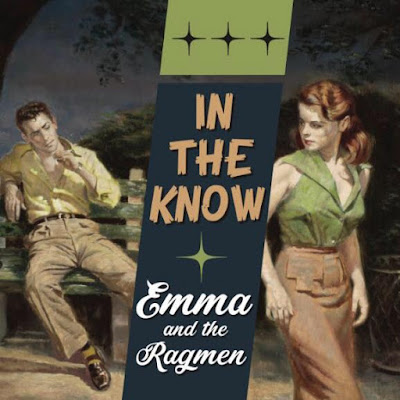 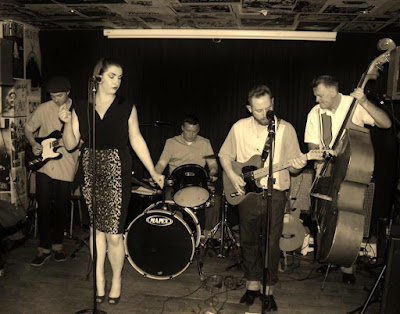 You may not have heard of Scotland's  Emma and The Ragmen , but believe me this is one outfit you gotta check out.They have only been around for a couple of years and in that time they have developed into a top shelf outfit. Their 2016  single "Ragtop Roll"/In The Know  is pretty impressive and despite been a limited release from Rampage Records  it managed to turn a few of heads and received  some international airplay.However  they still remain one of the best kept secrets in the rockabilly world. Hopefully that's about to change with the release of their debut album "In The Know". Clocking in with 12 tracks (6 originals) this  puppy struts in with a whack of confidence that's backed up big.From straight up rockabilly to a slow burner to  kool rockers this baby packs a punch.We even get a whack of stout driving sax that ups the game here.Highlights include"All Alone", "In The Know","Put My Right Foot Down","Ragtop Roll" and the stout hard driving  "Backwards Bop"

Not only is "In The Know" a mighty fine debut it's flat out a killer album .You definitely want to pick up this one.Hell your neighbors will love you when you crank this baby up.Highly recommended !!! https://www.facebook.com/emmaandtheragmen/
Posted by Slams Reviews 2 at 09:10

Email ThisBlogThis!Share to TwitterShare to FacebookShare to Pinterest
Labels: Emma and The Ragmen - In the Know, Rockabilly, rocknroll, Scotland