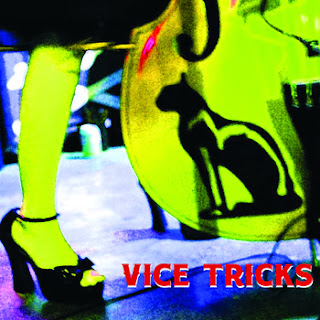 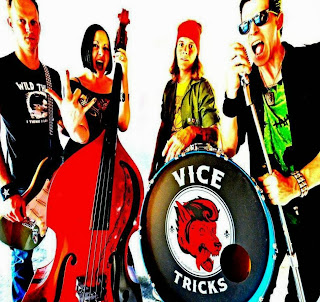 Since 2008 the  Vice Tricks have been tearing up the Louisville scene and making a name for themselves along the way. Self declared as a "psycho rock" this outfit is really one bad ass psychobilly/punkabilly band .Word of mouth  on these kats  was and is pretty solid .Hell  word has even reached up to my neck of the woods(Canada) about them.So with 2 demo releases and 2 eps  under their belts, it time for a full proper album.The self -titled debut album comes ripping in with 13 damn solid tracks that don't let up.This is one of those albums that mashes psychobilly with straight up rock and the result is pretty good.Highlights include: " Over the Edge" ,"Drinking Lunch On a School Day"," Metropolis" and the kool "River City".
Vice Tricks more than lives up to what you may have heard about them and bottom line here is that this is killer.Recommended !  https://www.facebook.com/vicetricks     http://www.vicetricks.com/