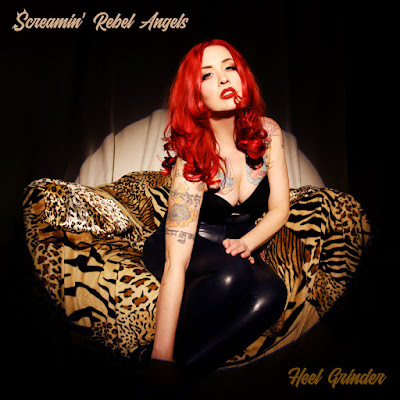 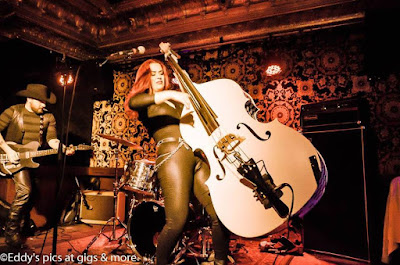 Hard to believe it's been almost 6 years (2013) since the Screamin' Rebel Angels  released their killer debut album: "Hitch Hike".Since then they have been barnstormin' all over North America and Europe.They also have earned a rep as a flat out kool and likeable band that you have to check out.It's no secret that this is one top shelf outfit that knows how to rock out.For fans the wait for new material has been a long time coming and expectations have really  been high.Now the band has just dropped their sophomore follow up; "Heel Grinder" and this puppy truly delivers the goods.They ratchet it up big time and hit hard with a wild slab of rock n roll that will set a fire under your ass.We get 10 originals and 3 covers that for the most part hit the gas  and only slow down so you catch  your breath.There is a shot of rockabilly, a little blues and a little ragged soul here but it's pretty much all about rock n roll and that's what makes this damn kool.Hell, this is freakin' damn stout with no weak tracks to be found.Highlights include: "OH!My Soul", "Sweet Petunia", "Racing Death", "Iris" and "Heel Grinder"


Make no bones here , "Heel Grinder" will color you impressed and it's one of the best  rock n roll albums to come down the pike in a long time.Just for that reason alone it's worth you throwing your hard earned cash down on.Highly recommended!!!
https://www.facebook.com/screaminrebelangels/    http://www.screaminrebelangels.com
Posted by Slams Reviews 2 at 11:32